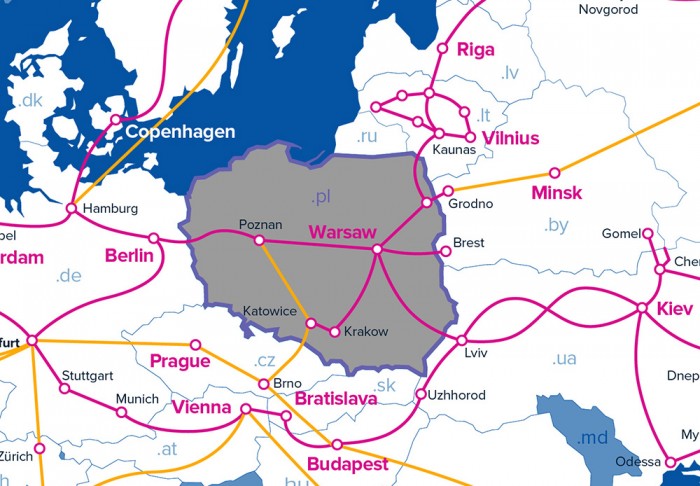 Recent developments in RETN’s network coverage resulted in the launch of a new DWDM route connecting Warsaw, Krakow and Katowice. This network extension added significant bandwidth and scalability to the RETN’s network infrastructure in the region and enabled provisioning of a better and diverse connectivity across Polish territories as well as between the neighbouring countries in Eastern and Central Europe.