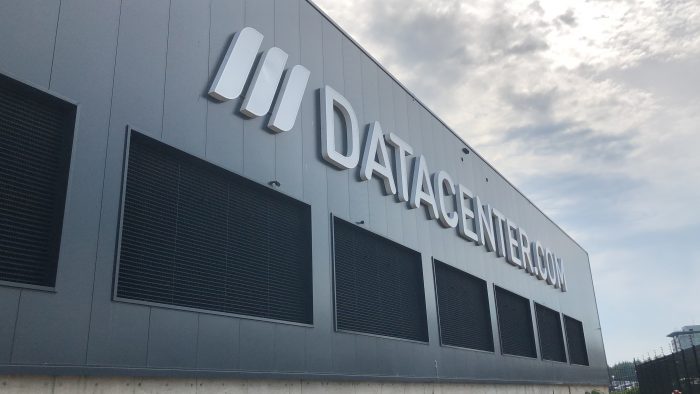 RETN plans to deploy a PoP in Datacenter.com to expand Amsterdam network

Amsterdam, the Netherlands, 24 May 2018 – RETN, a fast-growing international network service provider connecting 36 countries on 3 continents through 220+ network PoPs, has planned to add a new Point-of-Presence in Datacenter.com’s Amsterdam AMS1 facility – a colocation data center strategically located in the Amsterdam Southeast business district. RETN expects the strategic location of Datacenter.com AMS1 as well as its enterprise-grade and cloud-ready amenities to be an attractive colocation environment for international enterprises, cloud service providers (CSPs), and online gaming providers alike.

With extensive network coverage in Europe including CEE countries, CIS countries and Russia, RETN has expanded its international network across Asia and North America during the last couple of years. As part of continued commitment to the expansion of its operations in Europe, RETN opened its regional Benelux offices in Amsterdam in 2017. The plans announced today to establish a new PoP in Datacenter.com’s Amsterdam AMS1 colocation facility provides RETN with expanded connectivity options in the Amsterdam market and beyond.

“Amsterdam is most important to RETN,” said Tony O’Sullivan, Chief Operating Officer (COO) at RETN, based in Hong Kong. “The Dutch capital is one of the largest Internet hubs in the world, attracting companies from a wide variety of business sectors who wish to increase their connectivity in a stable, business friendly regulatory environment. RETN is present in all major data centers in Amsterdam. This cooperation with Datacenter.com is a logical step, as it is strategically located at one of the best-connected areas in Europe in the Amsterdam Southeast business district and is distinguished by its unique and highly energy-efficient architecture. I have no doubt their facility will attract customers that will appreciate RETN’s unique capabilities to connect the West with the East. Likewise, RETN’s customers expect industry leading facilities such as Datacenter.com AMS1 to be on-net. We are extremely excited about the addition of this data center to our network.”

Part of a planned targeted global roll-out of large-scale colocation data centers, Datacenter.com’s Amsterdam facility features a unique Indirect Adiabatic Cooling setup with a calculated energy-efficient pPUE figure of 1.04 – recently awarded with a Datacloud Europe 2018 nomination. Cloud-ready features include large cabinets (54U, 11kW+), as well as month-to-month flexible contracts. The modular cooling infrastructure in this facility is located directly under the cabinets with hot aisle setup, under the raised floor with a height of 4.7 meters.

“The RETN PoP will significantly expand our global connectivity ecosystem and network services offerings in Amsterdam, especially when it comes to our reach into Eastern Europe and Russia,” said Jochem Steman, CEO of Datacenter.com. “RETN has a heavy network coverage and data center footprint in these areas while they also have an extensive metro fiber network, with all major Eastern European and Western European cities being connected.”

With the launch of the TRANSKZ cable system in 2016, RETN started to provide connectivity into Asia (Hong Kong) across its own network. “Our network coverage is unique in the worldwide market,” added Mr. O’Sullivan. “RETN is the only European provider to deliver a fully owned high-speed terrestrial connectivity solution between Amsterdam and the Kazakhstan/China border, a solution that’s fully protected. For Datacenter.com customers it means that RETN can deliver them reliable, low latency IP Transit, Layer 1 and Layer 2 services from Amsterdam to Hong Kong, Seoul, Tokyo, and beyond in Asia.”

The announcement follows the news that Datacenter.com’s AMS1 data center got nominated by Datacloud Europe under the ‘Excellence in Data Centre Architecture and Design’ award category. The winner of four nominees for this data center architecture award will be announced during the Datacloud Europe 2018 award ceremony in Monaco, 12-14 June 2018 (www.datacloudcongress.com).

RETN is one of the fastest growing independent European network service providers with a unique capability to connect Europe and Asia. It is the only provider that operates its own end-to-end network stretching between North America and Asia and running through Western Europe, Belarus, Ukraine, Russia, Kazakhstan and onwards to the Chinese border. RETN offers differentiated terrestrial connectivity between these major markets with industry leading delivery times, lower latency, leveraging deep technical expertise and providing better reliability than traditional terrestrial and subsea routes.

Datacenter.com’s investors have committed themselves to invest heavily in state-of-the-art data center infrastructure – to meet the market’s growing need for energy efficient, highly interconnected and modular colocation facilities, in which organizations can flexibly and securely host their critical IT infrastructure while cloud computing needs are addressed. Datacenter.com’s customized, reliable and innovative data center solutions are accompanied with the company’s best-in-class customer support.