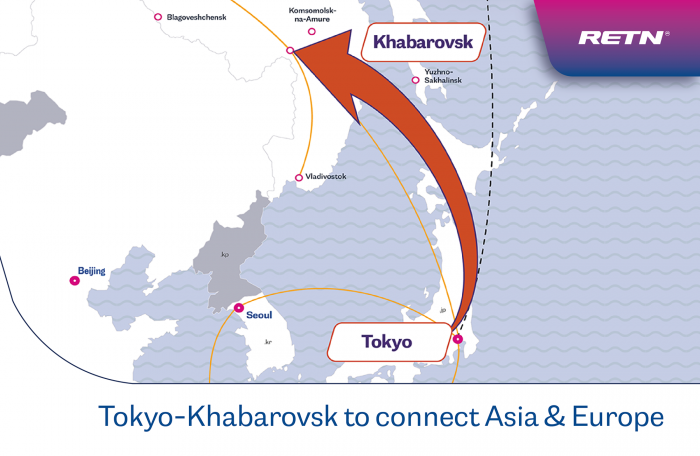 RETN added a new submarine section to enhance its network in Asia: Tokyo – Khabarovsk. Based on RJCN, a fibre optic submarine cable network launched in 2008 to link Japan and Russia, this link offers additional redundancy to connect Asia and Europe across the RETN network. Customers can now enjoy a fully protected alternative route to have their connectivity between Japan and major European markets organised and/or back-upped through one homogeneous network.

RETN provides reliable and secure Internet and Ethernet&VPN services between Tokyo and Europe via RJCN cable and terrestrially across Russia. To support businesses in their operations and growth in the direction from East to West.

Currently RETN has 3 PoPs in Tokyo city interconnected by a metro dark fibre ring, and a vast network coverage in Russia and Europe. For more information mail at market@retn.net.

This publication follows the recent announcement of RETN’s expansion in Asia.